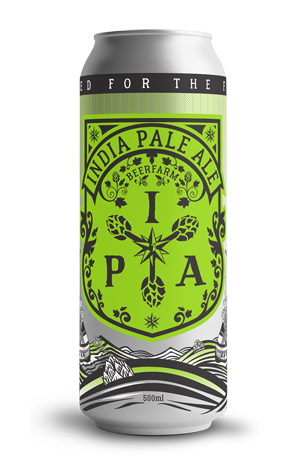 Coming on the back of the success of the brewery's IPL, this IPA carries the same considered design, one that comes off as casual cool which, intentionally or not, halos all of the Beerfarm.

Looking like a classic American IPA in the glass, this detours into the New World with Mosaic, Citra and New Zealand Motueka hops delivering punchy, orangey, citrus fruit and piney resin aromas. Moteuka is described as having Mojito lime like characters and it's a hard thought to shake with this beer but, with a light, grassy finish and a firm bitterness that runs dry, balanced by a toasted, almost nutty, caramel maltiness, this is another Beerfarm beer that sees the crowd but is confident to stand in its own clothes.