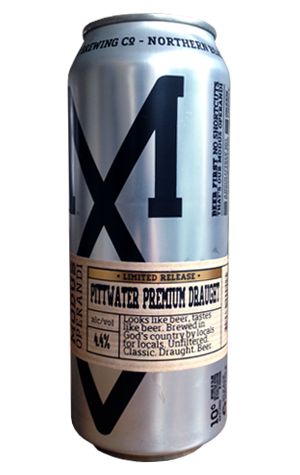 It’s funny how things come full circle. When Modus Operandi opened in 2014, it felt like a limitlessly exciting time in the beer world, one where small breweries were popping up with a frequency that allowed time and space for intrigue. They were becoming, to borrow parlance assumed by the tech world, disruptors. There wasn’t enough competition for them to be especially competitive with each other so more or less everything that came from a microbrewery was enough to cause a ripple in its own way. And boy was lager a dirty word. That was the realm of big beer, the Joker whose wicked and deliberate subduing of "proper flavour" gave rise to the craft brewer’s Batman, swooping in with all the barrel ageing and the hop bombs.

Prescient industry minds, even back then, were keen to note that an arms race for flavour would eventually result in a natural resettling – once everyone had got all that excitement out of the collective system. Things haven’t exactly become less exciting, but they have become more competitive. And many breweries have found that, despite confidence in the knowledge that consumers had had lagers marketed to them with relentless vigour over a period of decades, there was actually a reason why 4.5 percent-ish ABV beers were so popular: because people enjoy drinking them. Which, in an unnecessarily roundabout way, brings us to Modus’ Pittwater Premium Draught.

Initially launched as part of of their Insular Peninsula series – locals only releases available in the Northern Beaches suburbs around the brewery – it’s now going a little further afield (albeit only slightly and only the keg version). And it’s unlike almost all the beers for which Modus has earned a heaving trophy cabinet and respect around the beer world. It’s, well… a beer. The kind of thing you’d be presented with if you were to walk into any old pub and say, “I’d like one beer, please”.

It’s got a touch of sweetness up front, a grainy feel in the middle and the yeast gives it a full-ish fruity feeling before it finishes with a touch of crisp bitterness. Other than that it’s not the kind of thing that demands extensive tasting notes. Pittwater Premium is a beer that will likely excite hardcore beer nerds about as much as the arrival of the next vintage of Beaujolais, but if you’re in the mind for drinking rather than thinking this has you covered and then some.