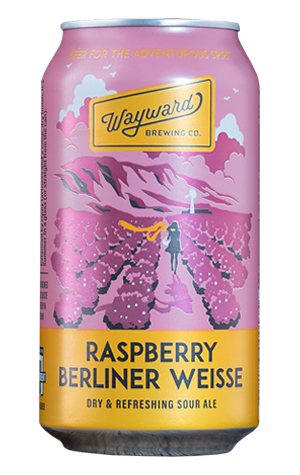 One of the unexpected but unbridled success stories of the Wayward Brewing Company, in all its forms, has been its Raspberry Berliner Weisse. It first came out in 2012, when company founder Peter Philip was a still gypsy brewer making his beer at breweries in and around Sydney, and was released very sporadically under the name Sourpuss. When Wayward got its own brewery in 2015 Sourpuss moved right on in, became part of the furniture and a platform for a gamut of sour beers over the ensuing years. But there was always something special about the original and that was cemented in 2017 when it got a Champion medal hung around its collar as the Best European Style Ale of the Australian International Beer Awards. So when Wayward’s core range was chopped up and reshuffled in 2018 there was no question the beer would stick around, but it did get a name change.

Simplified to just the Raspberry Berliner Weisse, it’s the same beer with everything people have learned to love about it over the years; the flamboyant pink colour, the berry sweetness, the striking sourness and the conveniently low 3.8 percent ABV. It really is a rather resplendent and lovely little beer.