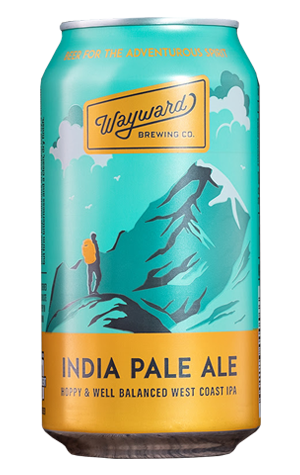 For more than three years Wayward’s flagship India Pale Ale was Oatis, an oatmeal IPA the brewery had debuted at the 2015 GABS festival. It wasn’t a beer that necessarily got people vocal about but it nonetheless had legions of admirers, meaning that when brewery decided to overhaul its core range in the latter part of 2018 there was little chance it would lose it place. It did, though, lose a couple of other things.

For starters they sought to remove any confusion on the label by taking away the reference to oats and just calling it what it is: the Wayward India Pale Ale. And they did actually reduce the amount of oats in the recipe too, pulling it closer to a straighter-shooting West Coast IPA. Other than that it’s more or less the same beer that earned its cult following, something with a massively fruity aroma that transitions neatly over to the palate by way of a pile of juicy citrus, pine, apricot and pineapple flavours. It’s an even six percent ABV which – combined with the assertive bitterness – makes it notably robust, yet the way all the parts come together it still goes down in the way all good IPAs do: far too easily.