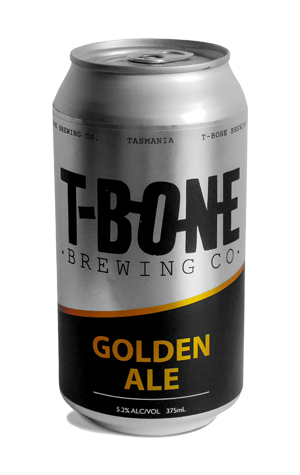 Golden ales were once pretty much ubiquitous in the local beer world, yet with many an exercise in keeping malt and hop characters to a minimum, they were at times easy to deride for their proximity to more mainstream offerings. These days, as crafty palates have gone seeking bolder flavours, pales – maybe even IPAs – are where more brewers are looking, yet there’s much to like about in a beer designed to bring new drinkers into the craftier fold.

One such beer is T-Bone’s Golden Ale that sees Tom Bignell match some honey flavours with floral, pine and a little citrus from the hops.