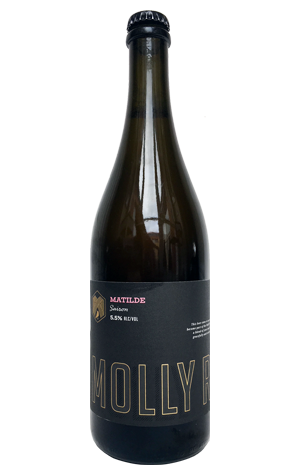 For pretty much as long as The Crafty Pint has been running, if you'd asked the site's creator to name his favourite beer style he'd have said saison. Sure, by sheer weight of numbers, more pales and IPAs will have been consumed over that period and, boy, you can't deny the delight to be found in a well made imperial stout, pilsner or Flanders red. But there's something so rewarding and multi-purpose about a good saison even if, even this deep into the craft beer revolution, drinkers don't seem to give a monkey's.

That said, if you'd posed that same question more recently, it would bring a different answer, albeit one that's a tweak rather than a reinvention: Brett saison. Done right, there's something about the layering of drying, hay like Brettanomyces characters that lifts such beers onto another plane. It might sound like a wanky choice, especially when there's a desire to ensure the welcome into craftier waters for newcomers is kept as open-armed and warm as possible, but you can't deny glory. And Brett saisons have the ability to be truly glorious.

Anyway, this is all a means of getting to the first core beer from Molly Rose, the slow-burning gypsy operation that's opening a brewpub in Collingwood in early 2019. And not only has Nic Sandery chosen to make his first core beer an example of my favourite beer style, he's named it after Crafty Pot Sr too. OK, that's not strictly true as it's a nod to the legend of Matilda of Tuscany, who granted land to the monastery that now produces Orval, but artistic license and all that...

His pours a hazy pale gold and delivers subtly complex aromas that flit from hay/straw and funky, almost cheesy elements to lemon and spice. It's part reminiscent of a lively farmhouse cider, even champagne as the dryness cuts through the malt sweetness, helping create a delightfully layered refresher.