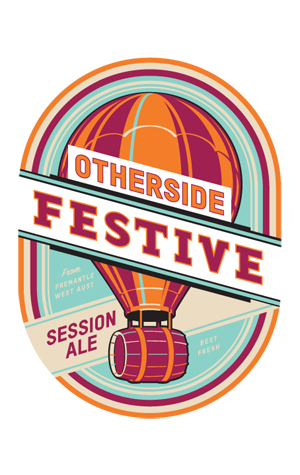 Born out of the music festival scene that was a precursor to Otherside Brewing, Festive Ale brings a different take to the summer ale / session IPA space. Indeed, it’s something that head brewer Rhys Lopez noted in this publication, describing it as “almost like a New World Märzen with American, Australian and New Zealand hops with so much Vienna malt that creates a melanoidin flavour”. For the non-brewers out there, what he means is a light honey / biscuity malt character, which is definitely not your typical festival crusher.

Fruity tropical aromas include mango and pineapple and orange. The soft malt presence runs slightly sweet until moving dry. Otherside’s signature full for style mouthfeel is at play, adding weight to a relatively low ABV beer that won gold at the 2018 Perth Royal Beer awards and bronze at the 2018 AIBAs.