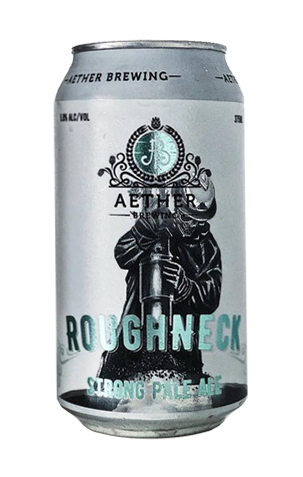 Aether brought out an earlier version of Roughneck at the start of 2018 as a maltier and floral counterpart to their core range Pit Stop Pale Ale. Now it’s back with a vengeance: with the alcohol content upped to 5.8 percent ABV and the tag "strong pale ale"; they've put it into tinnies too.

This isn’t a beer to add to the many bright, tropical pale ales around at the moment. Instead, it carries almost amber ale characteristics (though it’s still the shining gold of a pale ale), with biscuity malts carrying the laid-back hop notes of floral, citrus, and pine, with a touch of stonefruit joining in towards the end.