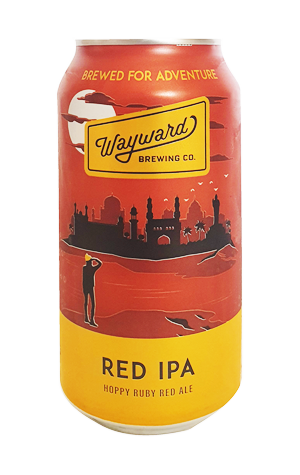 Back when Wayward launched as a gypsy operation in 2012, the first beer to make its way into the hands of Sydneysiders was the Charmer India Red Ale. Since then, the brewery’s built a home in Camperdown, started sending its beers into other states and moved its core range into cans. So, it’s safe to say plenty has changed.

But it seems the love for a hoppy red ale has continued unabated, as was made clear when Wayward added the Red IPA to its core range in autumn 2019. According to the Wayward team, the Red IPA took inspiration from Charmer, though it’s a bigger beast and registers at a heartier 6.5 percent ABV compared to the original's 5. The hops jump out in a tropical medley of papaya, mango and pineapple that’s all underpinned by a resinous pine. The rich malt body provides plenty of sweetness, delivering flavours of toffee and caramel to balance the substantial bitterness.