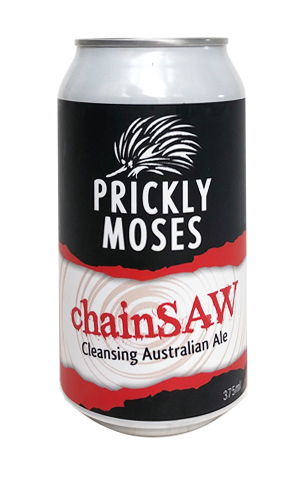 Back when it first appeared in 2012, ChainSAW came across as one of the punchier beers in the local landscape, an American wheat ale featuring a pretty potent amount of Hop Products Australia's just-released Stella hop (since renamed Ella for reasons that aren't hard to deduce). It's a sign of how far the market has come so fast that these days it sits more in the hoppy quaffer segment of the beer world. It's even tagged a "cleansing Australian ale" now.

It remains one of the hoppier beers in the typically approachable Prickly Moses lineup, tropical and limey with a touch of stone fruit in the mix too and a drying, zesty finish and texture.