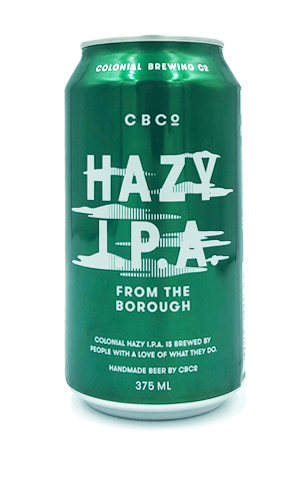 It seems fairly safe to say hazy IPAs / NEIPAs are here to stay. While other IPA variants such as Bruts have proven to be a flash in the pan, if anything brewers only seem to be getting started in terms of working out just where these beers a million miles away in appearance terms from what was once considered a "good" beer can be taken. In the case of Colonial's brewers, they really are just getting started, at least in terms of bring such a beer to market.

But, as head brewer Ash Hazell said last time we crossed paths, they're not too fussed about being first, more about getting things right. And it's fair to say they've got it right with Hazy IPA as it's one of the most enjoyable such IPAs I've had from a local brewer. This peachy-hued number serves up sumptuous, vibrant fruity hop characters from start to finish; there's a fruit syrup like sweetness running through its midst, but it fits, well, sweetly within a beer that manages to be lavish and even-handed at once.

Save On Beer At Colonial Port Melbourne