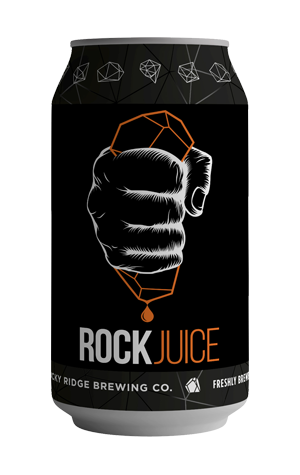 The Rocky Ridge team have unleashed the fifth version of their crowd-pleasing Rock Juice, reuniting with Celebrations Carlisle and Cape Cellars to create a tweaked and better-then-ever imperial NEIPA.

Building on previous iterations, V5 brings with it a fresh look that’s in line with recent brand and packaging upgrades from the brewery. Throw in an increase in ABV – now up to a sizeable 10.5 percent ABV – and an all Australian hop bill, including Galaxy, Melba, Ella and Vic Secret, and you've got a distinctly different beer to its forebears. Hot side additions of said hops yield just 20 IBUs of bitterness and a smooth, vibrant hop profile. A generous dry hop, in keeping with tradition, brings a bundle of fresh and fruity hop characters into play, and, sticking with the local ethos of the brewery, Australian malts also feature exclusively, including a dose of rolled oats and wheat to bring that infamous NEIPA haze and an extra creamy mouth feel.

Those in the know understand your best bet is to get your mitts on Rock Juice as quick as you can as stocks usually move pretty quick on this limited release. Although V6 is inevitable, seek out Rock Juice V5 as it’s a cut above the rest, and a happy comeback after the carbonation issues that led to a recall of cans of an earlier version back in February.

And other good beer stockists where you find Rocky Ridge beers