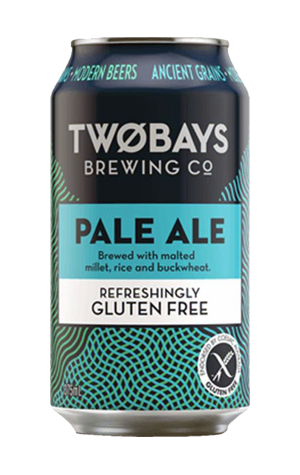 If you sampled any of the many hoppy beers released by Mornington Peninsula Brewery in the first few years of their existence, you'll be aware they knew how to play with hops. At the helm for those first few years was Andrew Gow, who took a brief hiatus from a lifetime of brewing before returning at TWØBAYS. Clearly, it didn't take him long to work out how to get hops to sing when playing with gluten free grains either.

In fact, if you wanted evidence of how well the Dromana operation is making GF beers for a crafty marketplace, the flagship Pale is the best place to start. Displaying an orange-tinged citrusy character from nose to gullet, it's rounded, well balanced and the sort of beer you could give to anyone who enjoys an easy-going hoppy pale ale – gluten intolerant or otherwise – and know it would go down a treat.