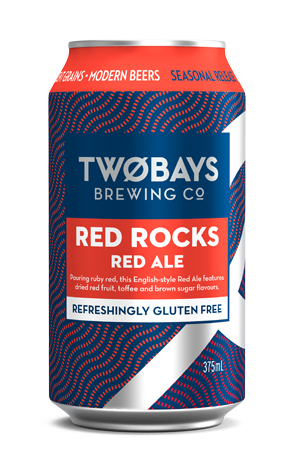 For the most part, when it comes to innovation in beer these days, column inches, podcast chat and social media noise are dominated by the big, the bold, the hoppy and hazy, the sticky and sickly. Yet there's innovation going on in so many other areas too, and while alcohol free or gluten free beers might not be as attention-grabbing as the latest beer from a hype brewery to sell out in under ten minutes, they play an increasingly important role in beer's present and future.

And when it comes to GF beers, TWØBAYS have proven a most welcome addition to the small but growing number of local brewers. The past few months have seen something of a brewer swap take place on the Mornington Peninsula too, as their original head brewer, AG, returned to join his old boss now back at Mornington Peninsula Brewery's original home and the man that replaced him there, Kristian Martin, heading the other way. On the evidence of their first can release since the switch, nothing has been lost.

First up, it hits you visually with great colour and clarity - a ruddy auburn liquid that leads off with massive toffee aromas that in turn lead to dark sugar and molasses. There's a drying toasted back palate that’s well short of roasted or bitter in nature and allows some sweetness to linger. Sure, the head dissipates pretty quickly and it's arguably not as full-bodied through to the finish as a barley-based 5 percent red ale might be, but that's finicky nitpicking at what’s another fine addition to the TWØBAYS armoury.