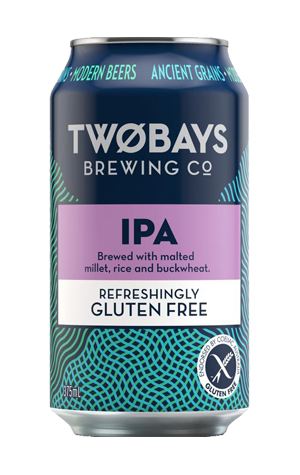 The second of TWØBAYS beers to make it into cans to be sent across Australia – and one of two beers you'll always find pouring at their brewery taproom – is the IPA. Like the beer it joined in cans, their Pale, it's a showcase for hops, in this case Mosaic and Simcoe.

Unless my memory fails me (and it was a loooong time ago), I'm pretty sure the first ever single hop Mosaic beer I had came from the hands of TWØBAYS brewer AG when he was working at Mornington Peninsula Brewery. I recall it being one of the most intensely mandarin-imbued beers I'd tasted. In the years that have passed, we've come to learn just why Mosaic got its name as brewers can extract a wide variety of flavours and aromas from it, and with this IPA I picked up some of its darker citrus and candied berry characters. The Simcoe adds pine, making for a beer that's not just bigger than the Pale but deeper in character too.