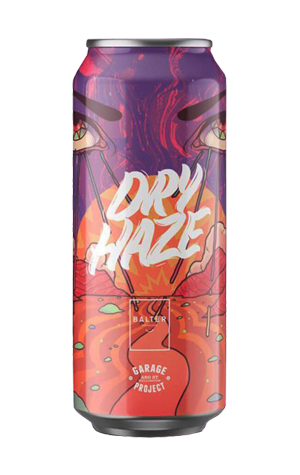 You only need a little knowledge of either Balter or Garage Project to make the assumption both breweries would be regular visitors to North America’s hop farms. Both have made beers that do a wonderful job of showcasing hop varieties and neither is shy of building beers around some of the newest on the market either. And so it was that Balter’s Scotty Hargrave and Garage Project’s Pete Gillespie crossed paths while visiting Yakima Chief last harvest.

That Northern Hemisphere fall spent traversing the bines of the Yakima Valley wouldn’t just spark a friendship but also saw the brewers develop a love for the hop Sabro. Released on a commercial scale in 2018, it's one of Yakima’s Hop Breeding Company’s more recent releases known not just for its stone fruit and citrus flavour profile but other elements like coconut and cream.

The collaboration beer that has followed is actually two variations on a theme: the version brewed at Garage Project features Galaxy alongside the Sabro and the one brewed on the Gold Coast adds Motueka from NZ. The Australian-brewed Dry Haze – and presumably the NZ one too – is one hopped up mother too, with big fruit flavours to the fore. I picked up mango (Calypso® to be specific) and mandarin, joined by pine and a rich coconut character that adds to beer’s creaminess. All of which brings us to the name; despite its hazy appearance and soft, rather lush mix of flavours, there’s a very dry, moreish finish too.

Check out a video about the beer here