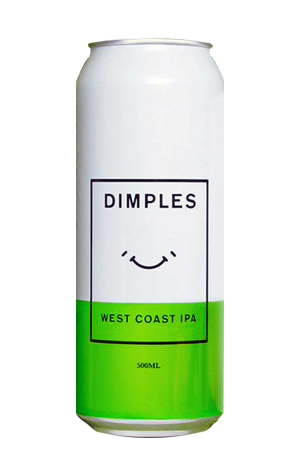 Now, we all know how this goes. Safely ensconced within the belly of the beast, the team at Balter have their new reality explained to them: we need a 4.2 percent ABV lightly hoppy and pale golden ale from you to add to our army of 'em. And, when you're done with that, could you please brew a Pacific Ale of some sort? Except there appears to have been a glitch in the matrix here, with the Gold Coast brewers continuing their post-acquisition nationwide release program with another IPA, this time created with one of the leaders in the world of US hops and their brewing offshoot.

Dimples, which sees Balter's smile icon gain a pair, builds upon the relationship head brewer Scotty Hargrave has developed with the team at Yakima Chief Hops – one that's already seen him play with experimental varieties on a smaller scale (including a pilot version of this beer) – to see what they can achieve with yet-to-be-formally-named HPC630 within a West Coast IPA.

The first thing that arrests your attention is Dimples' startling clarity; it's quite a shock on the back of their run of hazies, dazies and DCs. What's more familiar is the aroma, which sits very much in the contemporary hop space: candied, sherbety mandarin and Juicy Fruits gum take centre stage, very much present without overpowering – their impact delivered with a velvet glove. There's something of hops' sibling in the cannabaceae family in there too, while the lean, tight and dry finish – maybe because of the sweeter malts in place to keep bitterness in sessionable IPA rather than old school West Coast territory – brings to mind ripe pineapples.

The Pacific Ale will have to wait, it seems.