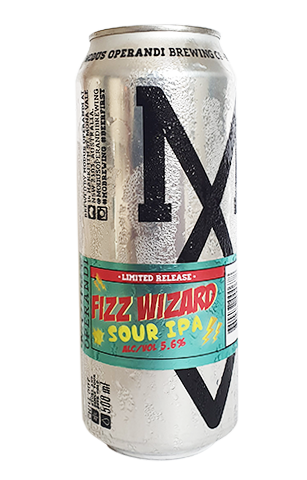 For their first nationwide limited release tinnie of 2020, Modus Operandi have followed a path they walked regularly in 2019 – and, really, have done ever since they launched – with another hop forward IPA. It’s not just hops at play here, though, with Fizz Wizard combining its hops with a mouth-puckering tartness and fresh fruit in a beer that’s aims to help knock back the last of the summer’s heat and humidity.

There’s no prize for guessing where the name came from but we'd defy any drinkers to pick the hop combo (without reading the label) as Fizz Wizard features a fairly difficult to pin down trio of Styrian Wolf, Cardinal and Meridian, the first two hailing from Slovenia. It's a beer that's tart from start to finish, loaded with flavours of orange and grapefruit upfront, supported by some lemondrop candy and gooseberries.

Check the brewery's stockist list for your nearest Fizz Wizard