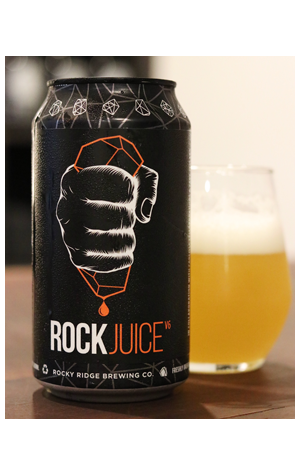 Few beers have garnered as much praise and hype throughout WA's beer scene as Rocky Ridge’s Rock Juice series. A regular yet limited release, it’s an imperial NEIPA that's synonymous with haze and boasts a reputation that's rock solid. Number 6, which was launched at their Subiaco pop-up, follows the unexpected and unfortunate recall of v4 and the triumphant comeback that was Rock Juice v5 – possibly the best version to grace our hop-thirsty palates. So, where does that leave us now?

Taste can be subjective and memories hazy but version 6 certainly errs on the side of sensational; well put together, certainly a NEIPA but not one akin to sipping on pulpy orange juice, instead moussey and thick with vibrant hop character and thoughtfully balanced. There's just 20 IBUs of bitterness but, as always, keep the 10.5 percent ABV in mind...

If you do have any lingering questions or concerns about the consistency of Rock Juice, get yourself a few tins and rest easy knowing the team at Rocky Ridge have you sorted.