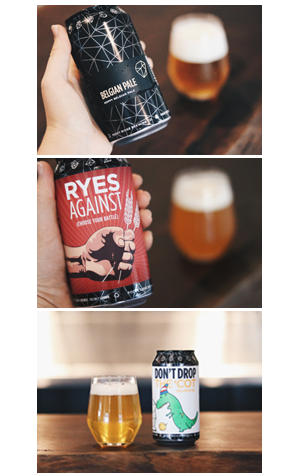 After a brief period of calm among WA brewers, punters are starting to welcome the first slew of original releases for 2020. And if Rocky Ridge’s first drop – multiple beers in quick succession, as is their wont – is any sign of things to come, we’re in for a treat.

Among this trio of limited releases from the Jindong brewers is Don’t Drop The Cot, a sour Apricot IPA utilising rejected apricots deemed unfit for supermarket shelf space. Moderately hopped to 25 IBUs and sizeably sour, the 6.2 percent ABV Don’t Drop the Cot features a generous balance of hop and tart and will do well seeing out the last few days of Western Aussie heat

February also sees the return of Ryes Against, a 6.6 percent ABV rye IPA. The satirical name, a riff on Chicago rockers Rise Against, is the only thing funny about this seasonal release which features locally grown rye malt and an assertive hop profile. Some slight but expected tweaks to the recipe yield a well-balanced IPA boasting 70 IBUs of bitterness and a touch of haze. This one won’t be around for long if the reception from last year is any indicator of popularity.

Like the aforementioned beers, Rocky Ridge’s Belgian Pale Ale is another limited release that is possibly even more limited than any release before it, given this yeast driven pale ale started its life as a straight up hoppy pale ale but, thanks to an unplanned yeast mutation in the brewhouse, yielded an estery and spicy aroma profile with prominent notes of banana and ripe pear. With that in mind, will we ever see this 6.5 percent ABV one-off again? Best not to take any chances…