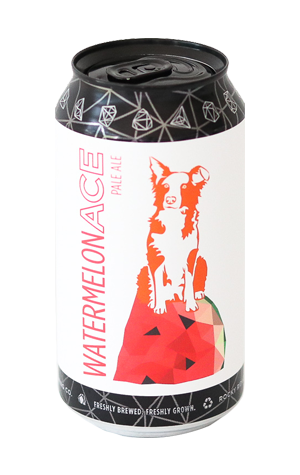 Rocky Ridge’s Ace pale ale is a mainstay for the South West brewer: a straightforward, albeit higher in alcohol content than most, Australian pale ale that's seen a few fruity variants along the way, now joined by this watermelon twist on the original.

That said, Watermelon Ace is a pale ale first, fruit beer second. With a little help from the team at Refresh Juice in Perth, Rocky Ridge found a new home for a stack of watermelons that weren’t sold at market and instead were destined for landfill. As a result, 600 litre of freshly pressed juice was added for a secondary ferment, making up 15 percent of the fermentables in a beer designed with easy-drinking in mind. A slight drop in IBU from the standard Ace further enhances drinkability and boosts a melon freshness that's adequately paired with Aussie hops.

Watermelon plays a strong supporting role in this fresh and fruity APA, with some acid and pithy bitterness present, but fresh hops are still the star in this long-time staple. Though the watermelons may have been destined for landfill, it's unlikely this waste-conscious number will struggle to find its way into fridges; maybe don’t add it to your breakfast juice, though...