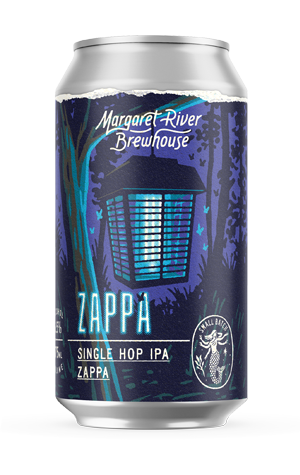 Zappa, a rhythm apart, yet familiar; mutant charisma. Or, in hop form, “tropical weirdness”, according to Margaret River Brewhouse. And they’re not far off.

So much here feels like a reminder of an old friend, but with an amplified, almost abrasiveness; a shouty character that takes time to settle into. MRB’s Zappa is demanding of the drinker, and probably more so of those treading hazy paths, but in return there’s so much on offer.

There’s a definite old school IPA lean which gathers complex pulses of Pacific North West resin, dankness, but not as it was once known, plus an assertive bitterness, woodiness and herbal flair which swaggers spicy atop an almost missed – thanks to the charismatic palate – honeyed malt sweetness.