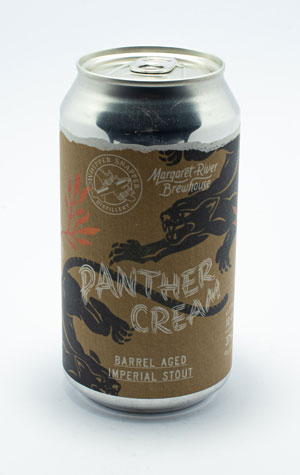 Margaret River Brewhouse have been brewing their Panther Cream Russian Imperial Stout for a number of years now, with each iteration receiving a tweak to suit the ever-evolving tastes of both punters and the brewers lucky enough to make it (and typically finding favour with judges at the Perth Royal Beer Awards).

For 2022’s vintage, Panther Cream found itself locked up a little longer than usual, spending nine months in Whipper Snapper whisky barrels, up from 2021’s three. As expected, the extra time in barrel yields a starkly different beer, one that's extra decadent and presents a firmer whisky note. A familiar roast and bitter coffee character still features, alongside a lengthy, viscous mouthfeel.

Though the tin looks much the same as the last, don't be fooled: this Panther Cream comes with added bite, sitting another level up from its former selves.

And other WA venues as listed here