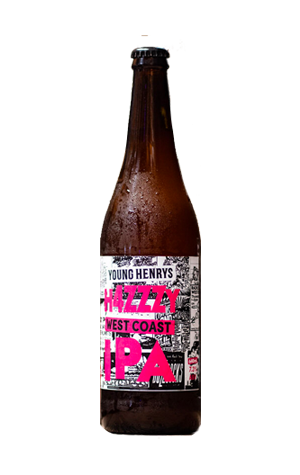 Proudly independent. Focused on their local community. Support upcoming artists and live music. Loud and proud of it. This describes Young Henrys, but it also describes Brisbane community radio station 4ZZZ, and the simpatico relationship has led to a collaboration celebrating the station’s 45th birthday.

The Sydney brewery and Brisbane radio station have a number of connections – Young Henrys have supported multiple 4ZZZ live gigs and festivals, and YH co-founder Oscar McMahon still remembers the time back in his muso days when his band headed in to 4ZZZ for an interview and to play a song live on air.

“That's one tiny little positive experience,” Oscar says. “Zoom out from that and think about the impact that this radio station has had on the music scene of Brisbane and its surrounds… We shouldn't just raise a glass to them, we should make them their own bloody beer. LONG LIVE COMMUNITY RADIO, LONG LIVE 4ZZZ.”

Since neither 4ZZZ nor Young Henrys tend to do things like everyone else, they’ve made a beer with the bitterness and oomph of a heavy West Coast IPA, but given it the hazy treatment, and hit it with a big ol’ double dry hopping of all Aussie hops – seven varieties bring a harmony of juicy citrus, tropical fruits and stone fruits, all tying in with a buzz of biscuity malt character.

H4ZZZY is only available in South East Queensland – just like 4ZZZ – with 50 percent of the proceeds from all kegs and longnecks going back to 4ZZZ.