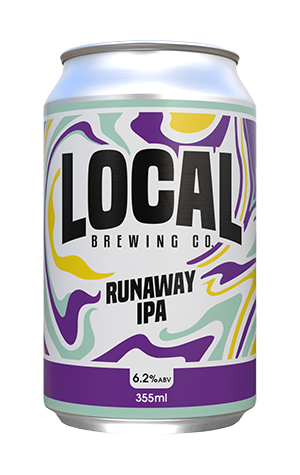 The biggest and boldest beer in Local Brewing Co’s core range at time of writing, Runaway IPA is also their most traditional, a slightly odd fact considering you don’t exactly have to delve that deeply into the annals of brewing history to find the earliest examples of a West Coast IPA. It does, however, speak volumes of how much the brewing industry can change, where already for many big, lean and hoppy IPAs have given way to juicier, softer, sweeter variants.

In the case of Runaway, the beer is hopped with Simcoe, Ekuanot, Citra and Centennial, a quartet that creates a mix of mango, pithy grapefruit and pine. There's a slightly sweet caramel malt base underpinning things, but the IPA still retains a lean edge and a decently bitter finish.