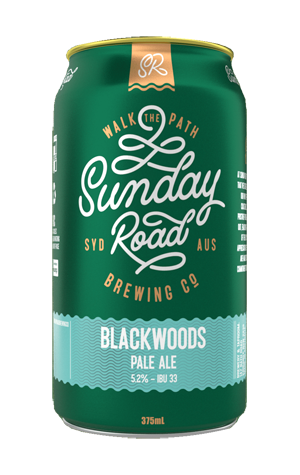 Blackwoods Beach is one of those local secrets: a gorgeous stretch of sand the residents of Cronulla know and love, but tend to keep to themselves. Unluckily for Shire locals, there’s no keeping Blackwoods Pale to themselves.

At a point where tropical fruit hops are all the rage, it’s almost surprising that an American pale ale like this would be so loved. It’s earthy and bitter and packs more oomph than most pales you’ll find these, but it’s still a beer that customers buy by the case to stock their fridges.

The Sprite-esque lemonade sweetness of Cascade hops on the nose gives way to a deep earthiness in the mouth as the Centennial brings its ruggedness to bear. It’s not harsh, but it does carry that American hop bitterness that makes you feel tough as you drink it, like a Hollywood gangster chewing on a cigar.

(That joke is funnier when you know Blackwoods Beach looks out at Shark Island. You can thank Google Maps for that one.)