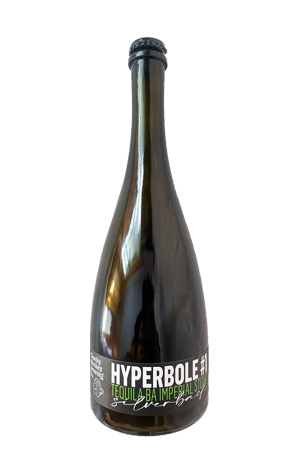 Cheeky Monkey’s Silverback RIS probably doesn’t really need any further "pumping up", but as is the way with the South West progressives, they’ve decided a limited edition, tequila barrel-aged version of their winter stalwart is a necessary one-up on their already iconic recipe.

In creating their first Hyperbole release, the team at Cheeky have taken their rich, chocolaty 2021 Silverback and gracefully aged it in barrels straight out of Mexico: 100 percent blue agave spent time in the former Jack Daniels barrels before finding a new home in Vasse. They landed upon 230 days as the sweet spot at which the desired amount of gentle spice, earthy tones and a touch of oak had been imparted in the otherwise unadulterated ale. In time, some smoothing out also occurred, yielding a particularly velvety, drinkable reiteration of the oft sought-after brew, with a little added complexity.

Cheeky Monkey are becoming well known for their hazy, hoppy beers but when the tanks aren’t brimming with turbid, juicy IPAs they’re still kicking goals with impressive, limited releases situated on the other end of the craft beer spectrum.