Craft beer can bring with it a whole lot of good. It can give you the chance to push yourself out of your comfort zone on the way to exploring new flavours, or lead you to discover a drink or place you’ll return to again and again. Better yet, it can be a whole lot of fun, has the power to bring people together, and the breweries that create it and the venues that promote it are often the perfect environment in which to build a community.

Fox Friday’s beers and their home in Hobart encapsulate all of that and more, and manage to capture it rather succinctly in the mantra: “Live Everyday Like It’s Friday.” After all, who doesn’t love a Friday? They’re a little more vibrant than the rest of the working week, charged with energy and the promise of the weekend ahead, whether that’s a time for relaxing or partying – if not both at once.

When it comes to Fox Friday, things tend towards the latter, particularly since the change of ownership in 2019. The Tasmanian brewery first appeared back in 2016 before being taken over by Benn and Sarah Hooper. The couple was immediately embraced by Hobart’s tightknit beer community, not least thanks to their passion, approach to brewing and, more than anything, their beers as they became the first in the state to really push into the world of highly hopped, hazy, higher ABV IPAs. It took no time for whispers to start spreading throughout Hobart that this little brewery in the northern suburb of Moonah was one to watch.

These days, those whispers better resemble applause and the brewery in Moonah isn’t so little either. They’ve replaced the small kit they inherited with an impressive 15 hectolitre brewhouse designed to ensure they’re able to release beers – on a Friday of course – at a speed that would have terrified Australia’s early craft brewers and dazzled its drinkers.

Indeed, under the Hoopers, Fox Friday is a modern brewery built on fun that likes to explore what makes craft beer so exciting, whether that’s new hops, new brewing techniques, or just the simple pleasure of cracking a classically-minded pils. Sure, their reputation might be built on hazy IPAs, (not to mention IIPAs and IIIPAs) but such beers are just part of their oeuvre: lagers, big stouts and much in between are becoming part of the brewery’s story too. Indeed, once that new brewhouse fired up midway through 2022, little time was wasted putting beer into barrels.

The core range is about as dialled-in a journey through hoppy styles as you can take; Pale Ale, Hazy Pale, Hazy IPA and West Coast are the sort of beers you’d want to hand to a mate who asks you what there is to like about craft beer.

Following a rebrand in 2022, those beers appear in strikingly sleek cans which, like the pared-back logo, are instantly recognisable. And while the can design is clean, each one comes packed with the kind of info any discerning drinker might be looking for: the hops, malt, yeast and anything else that’s been added to the beer are all listed. Fox Friday’s world might be focused first and foremost on fun, but they take their beer seriously and want to make sure drinkers know what they’re getting and, hopefully, discover something new to love along the way.

Since the production brewery fired up, their beers have become far easier to find in other parts of Australia, although if you’re in Hobart and don’t include a visit to their taproom on your agenda, it’s safe to say you’re missing out. Located in the city’s CBD, it’s an expansive space with high ceilings and tall, street-facing windows that make it feel like this old building was always destined to become a place in which you’d enjoy tasty beer.

At the very least, it’s the perfect place to work your way through the dozen taps that pour Fox Friday’s ever-changing lineup of beers, with a fireplace keeping things convivial even when the Tassie weather takes a turn. Meanwhile, the large wooden tables and many items on the menu – wings, burgers, and hot dogs inspired by the American south – make it clear that sharing beer and good times, no matter the day of the week, is this venue’s reason for being.

Given the speed with which Fox Friday’s new releases tend to appear, it should come as no surprise that it’s a brewery on the move. At the time of writing, work is underway on a second brewery in Melbourne; their Richmond home set to open in the second half of 2023 will feature a taproom and brewery similar to the one in Moonah to ensure consistency is maintained across the sites.

Once it’s open, with two venues and two breweries in two states at their disposal, their mission to encourage people to live everyday like it’s Friday should be easier than ever.

Having swapped New Zealand for Australia during the GFC, a Wellington couple has found themselves striking out in a new direction at the foot of Mount Wellington. We meet the Clarksons as they launch Hobart's newest brewery, Fox Friday.

The sale of Hobart brewery Fox Friday went under the radar for most, but the hazy IPAs the new owners are producing are starting to create a stir. Dorian Broomhall caught up with the American brewer keeping hopheads happy.

Following our look at the standout trends in the Australian beer scene, we head to Tasmania to kick off our state by state by territory roundup of the year in beer that was 2020.

For most Aussies, Tasmania has been off limits for much of 2021, which has allowed the island states brewers and beer lovers to get to know each other better than ever. Join us as we round up the year's standout beer highlights. 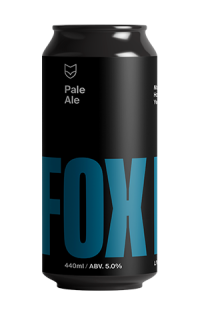 Back in craft beer’s early days, when IPA was synonymous with bitterness, there were four American hops that anyone serious about making modern craft beer brewed with. Cascade, Centennial, Columbus and Chinook (or the Four Cs,) were all known for their distinct notes and when used as a combination, were a wonderful way to make a West Coast or classic American pale. Fast forward a few years and the citrus and tropical combination of Citra made it one of craft’s top hops and today you’ll find… Read more
Golden Yellow 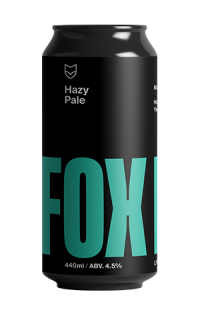 Hoppy and hazy beers have helped Fox Friday build their name and while they like going big with such beers, they know how to dial them in too. Their core range hazy pale is that kind of drink, with the 4.5 percent ABV number light enough to easily get through a whole 440ml can, while still packing a lot of flavour. In particular, that flavour is led by the combination of America’s Citra hops and Rakau out of New Zealand, which come together for a mix of apricot, pear, nectarine, lychee and grapefruit.… Read more
Pale Yellow 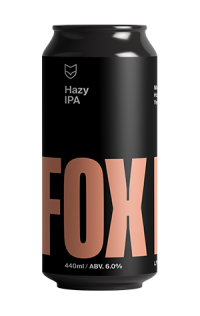 Fox Friday don’t really have limits on how big they’ll make their hazy beers but when you’re talking about core range beers, having one around 10 percent ABV feels dangerous for a number of reasons. Instead, Fox Friday’s Hazy IPA comes in at a far more reasonable 6.0 percent and features El Dorado, Citra and Mosaic hops. Together, they give a mix of sherbety or candied orange, fresh guava, mango and a slight touch of pineapple. With its very thick and fluffy pour, you’ll unsurprisingly… Read more
Pale Yellow 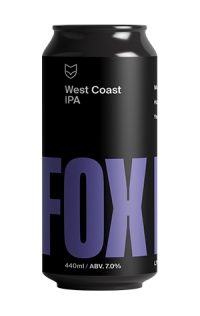 Chinook, Columbus, Simcoe and US Cascade certainly feel like a fitting way to build a classic West Coast IPA and that’s what Fox Friday’s core range beer is. Indeed, if aliens were to land tomorrow, assuming you were the person tasked with establishing first contact, you could certainly do worse than handing them this beer and telling them this is what a West Coast IPA should taste like. Pouring clear orange, the beer’s as piney and resinous as they come, while packing in grapefruit rind,… Read more
Golden Yellow Fox Friday have built a name for their heavy use of hops and this quartet is no exception. Training Day is a West Coast made with Centennial, Vic Secret and Strata, that’s orange, clear and is essentially a true classic for fans of the style. By “essentially” we mean that alongside heavy hits of grapefruit, dank pine and candied orange, therere is also a ripe rush of berry notes and mix of tropical fruits that wash across the palate before the bitterness sinks in. Let It Go lets go of any… Read more
Pale Yellow