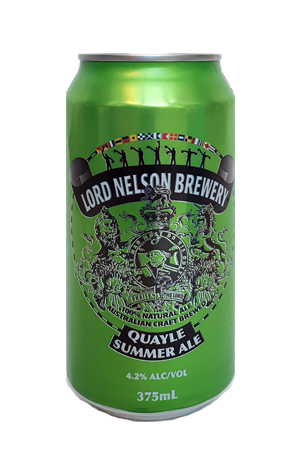 The Lord Nelson's summer ale is designed to be approachable for newcomers to the craft beer world and also a refreshing quaffer on warmer days. It's been part of the brewpub's range since 1989, when "a bloke called Dan walked into our pub an American Vice President and walked out of it the custodian of his very own Ale".

In late 2016, it became the second Lord beer to be canned. Empty one into a glass and you'll discover something pale straw in colour that's reminiscent of a grainy English golden ale: little in the way of hops, instead an easy-drinking ale not too far removed from a malty lager.