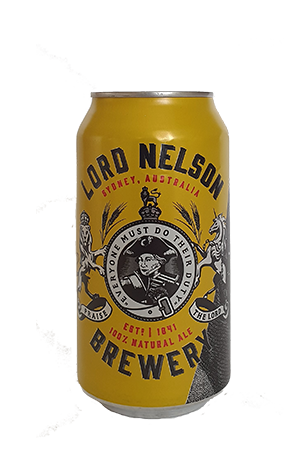 The house favourite at the Lord Nelson's and the brewery's flagship, Three Sheets is an Australian pale ale that was named by one of The Rocks brewpub's regulars many a year ago. In 2019, that classic beer received a modern twist too when it followed some of the brewery's other beers and reappeared inside a colourful can.

But what’s inside remains the same: a classic pale ale that pours a bright, clear straw gold and offers up a gentle mix of floral and citrus flavours.