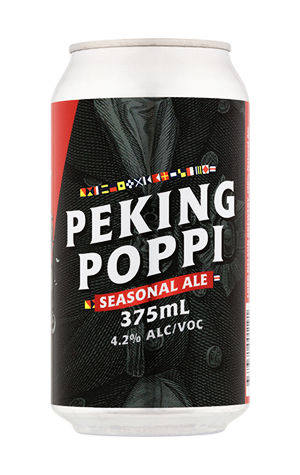 Given this beer was designed and brewed before the Lord Nelson's trophy win at the 2017 Sydney Royal Beer Awards, there's no way they can have been driven by success-fuelled bravado when it was being conceived. So confidence must have been running through their veins anyway as it features not one but two pretty divisive ingredients in the shape of fennel and anise. What's more, with the supporting base beer kept deliberately slight (it is a session ale, after all), there's no attempt to hide them.

So, depending on how you feel about such ingredients and flavours in your food, you'll either be enamoured or making a dash for the exit as soon as the aromas reach your nose. On the palate, the impact is a little more restrained, with the outcome a quirky, herbaceous and dry session beer with which one imagines a chef – home or professional – could have plenty of fun.