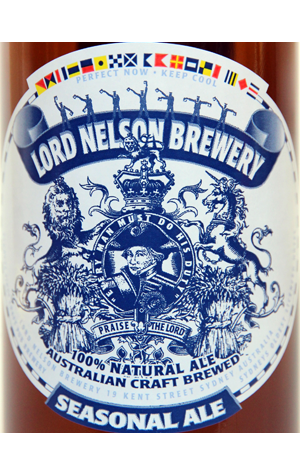 The brewing team at Sydney's oldest pub has dipped into its catalogue of beers again for another one-off release. This time around, they've opted for the Victory Bitter, perhaps the beer in their lineup that most encapsulates the ethos behind the brewpub when Blair Hayden returned from England in the mid-1980s and opened one of the few brewpubs of the first wave of contemporary craft beer in Australia to survive.

It's an English style bitter and a pretty one at that, pouring an appealing copper colour with a lasting off white head. It offers up what you'd expect too: floral hop aromas with a hint of woodiness about them, a touch of sweet malt and a twiggy hop flavour that presages a soft bitterness. The carbonation is high for the style but, then again, as the originals were designed to be delivered cask conditioned via hand pump, what else can you expect?