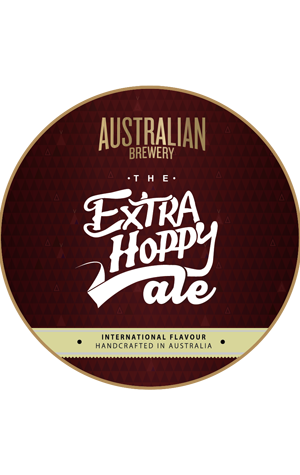 Australia's craft beer in cans pioneers have been busy of late. They've made a successful trip to India, where they will soon be sending their Pale Ale and Pilsner, and are exploring other overseas markets too. They've also been busy touring the bars and bottleshops of Melbourne looking to spread the word about what they've got going on in Rouse Hill rather closer to home too. The tour of Melbourne has been carried out with a few cases of their latest seasonal release, entitled "The Extra Hoppy Ale" but equally deserving of an additional "And Malty Too" subtitle. Its style is hinted at by the colour of the can - rusty brown - as it's a US-inspired amber ale. In other words, plenty of punchy, aromatic citrusy hops perching atop a fulsome malty backbone. They reckon it's their best seasonal yet, and we're not going to argue, with the big hops balanced just so by the nutty, biscuity, toffee malt flavours to create a bold, rounded, delicious ale.