Beer Young Henrys Who's Your Daddy? 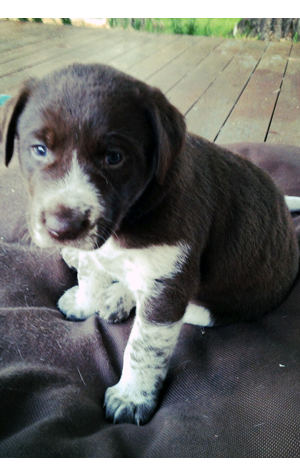 Not content with taking over Sydney's inner west, Young Henrys have got their sights (or sites, even) set on the rest of the country, quite possibly the world, maybe beyond. In fact, there was a rumour circulating that, had Ptolemy not ended up shaded from the sun's power after it landed on the comet Philae recently, one of its core goals was to establish not only whether there were conditions for life on the comet but whether it was suitable for a Young Henrys brewery.

While we await Ptolemy's reemergence into the sun's glare, we can console ourselves with the knowledge that Young Henrys has already got its WA wing up and running. The Hay Shed hospo side of things at their Margaret River HQ isn't quite there yet but the beers are flowing, with head brewer Chloe Lovatt and her sidekick Ben Joseph even finding time to create their first new beer: an Australian IPA. Brewed with Aussie Cascade, Galaxy and Enigma hops, it's described as lighter in colour than the brewery's Hop Ale and more "West Coast" (USA) in its hopping, giving it "hop punch and aroma, a firm bitter backbone and soft yielding malt".

The name comes from the brewery landlord's dog Mocha who fell pregnant during the build of the brewery; no one knows who the father is but the result was the new brewery's mascot, Cino.