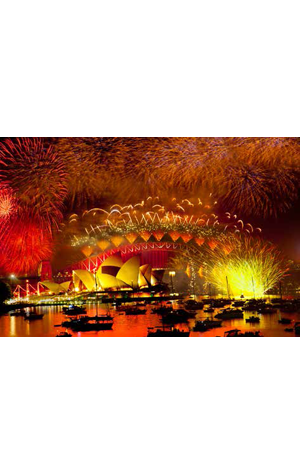 Young Henrys’ Auld Lang is a beer that was brewed specifically to help ring in 2015. With a name based on the poem Auld Lang Syne by Scottish poet Robert Burns – one traditionally recited at midnight to bid farewell to the old year – you might’ve expected it to be something like a Scotch ale. However, it’s not.

Instead, it’s a German-style Maibock and quite a lovely interpretation of one, too. The tradition here comes from the use of a German lager yeast and plenty of German malts, though it breaks away from the norm a little through the use of Tasmanian hops. It all comes together in a beer that’s smooth and eminently drinkable, with a honey colour and light honey sweetness. Launched at the Bennelong restaurant at the Sydney Opera House beneath the fireworks on the cusp of 2015, it’s now out and about for wider celebrations.