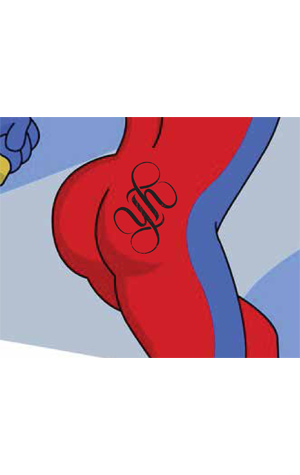 At the end of 2013, Young Henrys threw about half a tonne of local cherries into a Belgian ale recipe and popped out a cherry saison that was tart and delicious. A year later, in what’s presumably now an annual tradition, they got another massive load of cherries delivered to the brewery. But this time they pressed them into around 300 litres of juice, added that to a red malt base and fermented it with a Flanders yeast.

The Stupid Sexy Flanders isn’t as sour as the previous saison – which may or may not be a good thing, depending on your individual preference for sourness in beer – but the tradeoff is that it’s far more drinkable and, much like Neddy’s latex skiing outfit, presents a tighter package. It’s a beer that should develop well as is (and they’ve put some kegs aside to do just that), but be sure to also keep an eye out for rum barrel-aged and back-blended versions, as well as a wild fermented take of the base recipe. These are all part of Young Henrys’ burgeoning Car Park Series in which beers in barrels were originally left to condition in, you guessed it, their car park.