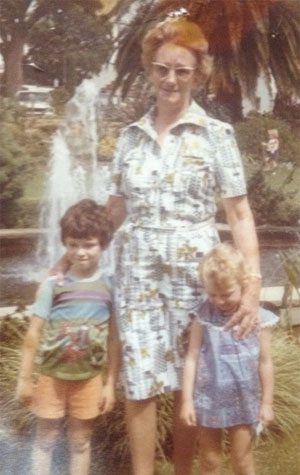 Young Henrys Esther’s Ale is named after head brewer Richard Adamson’s grandmother Esther who, come St Patrick’s Day 2015, would have been turning a grand old 99 years of age. In true St Paddy’s style, Esther’s Ale is a stout, but in true Young Henrys style it’s no normal stout. Developed by young brewer Agnes as part of the Young Henrys’ program which sees all their up and coming brewers create a recipe for commercial release, this is a Red Velvet Stout.

Now, aiming to get the flavours of a luxurious cake into a beer with a recipe that’s your first attempt at a commercial scale brew seems like it might’ve been setting the bar a tad high. However, she’s done a fine job as Ester’s Ale is absolutely packed with chocolate character, firstly from the malts, then from cocoa powder supplied by arch-collaborators at Toby’s Estate. On top of that, lactose has been added for a bit of extra sweetness and oats for creaminess.

The requisite ‘red’ doesn’t exactly come through in colour – this is a dark stout after all – but from the addition of more than 40 kilos of juice from Australian-grown raspberries. At six percent ABV, it hides its weight well – just as any regular consumer of red velvet cake will invariably need to do. It wasn’t meant to be Agnes’ turn to brew, but Richard reckons Agi and Esther would’ve gotten on like a house on fire and, what with the stout and St Patrick’s day birthday anniversary, it all felt right.