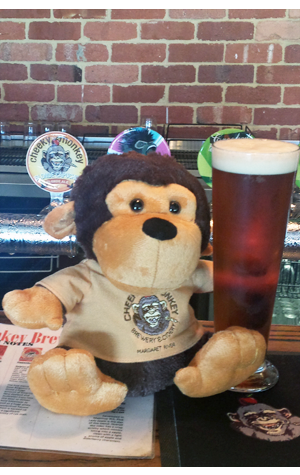 With the temperatures dropping and the biggest of the summer crowds a thing of the past, Cheeky Monkey head brewer Ross Terlick has had time to concoct a new seasonal for the brewery's Southern Wailer range and time to concoct one that's suitable for the weather and benefits from a little longer in the tanks.

Munchen Monkey is a Munich style lager is described as a "super approachable, copper-coloured lager brewed using all German malts." Ross says he's kept the bitterness low and added "a touch of citrus" by using some Dr Rudi hops from NZ to the beer's "slightly sweet caramel finish".

It's a draught only release that, for the most part, is only on tap at the brewery, but a few kegs will be travelling with the Cheeky Monkeys to the Pork and Cider Festival in the Swan Valley over ANZAC Day weekend.