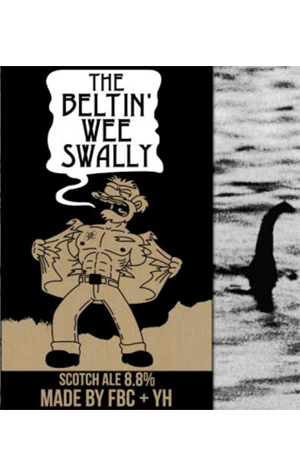 They’ve always been a community-oriented bunch have the crew at Young Henrys. During their short lifetime they’ve seemingly been open to teaming up with anyone that happens to walk through their door with an idea. Back in March, they got involved with a competition when one of their favourite Enmore haunts, the Vic on the Park, asked them to help find the best local home brew. The winner would have their recipe scaled up at Young Henrys and see their beer pouring at the pub. The competition was held back in March, YH brewers did the judging and picked out Freshwater resident Cian Fitzgerald as the winner for his Wee Heavy, a big beer built on specialty malts and balanced malty sweetness.

Since then, the recipe has been scaled up from the 20 litres Cian had made into 4,000 litres, aged for six weeks to round out the flavours and is now hitting taps. The beer’s name, Beltin’ Wee Swally, is a nod to Cian, an Irishman, making a Scottish beer and wanting the name to be Gaelic. Roughly translated, it apparently means ‘good drink’.

Vic on the Park