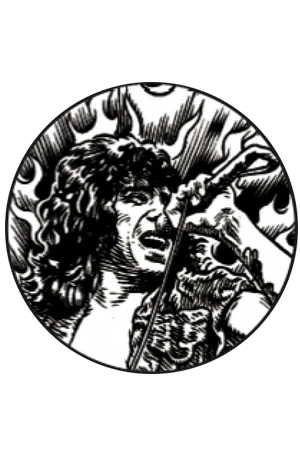 They may be a brewery, but you only need a passing interest in what they do to realise that music is very close to the heart of Young Henrys. They’ve been in bands, brewed with bands, brewed for bands, started a music festival, been keen advocates for local radio, helped launch albums and now they’re helping celebrate a bit of rock-related history. The book Highway to Hell, The Life and Death of AC/DC Legend Bon Scott was first published back in 1994 and has remained in print for each of the successive 21 years – quite an achievement for the author, Clinton Walker, and testament to the legacy of the band’s hard-living former frontman. In conjunction with the impending launch of the latest edition of the book, Young Henrys have brewed a beer to be released alongside it.

It was designed as a big and ballsy IPA so it’s been called, obviously, Big Balls. That name is homage to the AC/DC tune of the same title while also being a veiled reference to the rumour of Bon Scott only possessing one testicle. Ahead of the official launch (at Cherry Bar on November 12), the brewers tell us it’s a “copper ale brewed from a blend of Crystal and Munich malts, with a touch of acidulated malt for a slight citric, sour note”. Being an IPA, the hops are important and this one’s had Amarillo, Simcoe, Cascade and Galaxy added which contribute to “a resiny mouthfeel and good balanced bitterness without assaulting the palate.”

You might argue there’s a certain dark comedy in a beer being brewed to celebrate the life of a man who allegedly perished from choking on his own vomit after a heavy night on the booze, but considering AC/DC already released their own beer the precedent has been long set. Besides, given the choice, you’d probably choose this beer over the official one anyway.