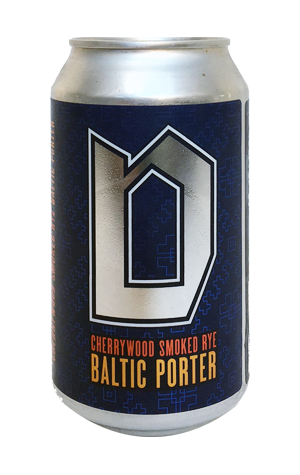 Since launching in 2013, if you were to associate one thing above all others with Dainton Family Brewery, it would be hops. Well, hops plus a twisted sense of humour and familial loyalty. And spontaneous opera singing, now you mention it. However, there have been kettle sours, smokey stouts and the like along the way and, now, a Cherrywood Smoked Baltic Porter. It's one of a rash of limited release beers from the Carrum Downs brewery for winter 2017 and brewery founder Dan Dainton's personal favourite.

Being a Baltic porter, it's a weighty affair: 8.8 percent of its thick, black body is booze, while there's much to discover within and without too. The cherrywood smoked malt contributes to aromas reminiscent of the rauchbiers out of Bamberg – a smokiness that's sweet and slightly bacon like – while alongside the chocolate and hints of dry roasted malt, there's leather and soft tobacco characters too.

It's an enjoyably complex affair, so you can understand why Dan took a fancy to it. As did Crafty writer Will Ziebell, and it's with his description of the aroma we'll end this write up: "It's like cleaning out your dead great aunt's library." Thanks, Will. Both vivid and in keeping with Dainton's family theme.