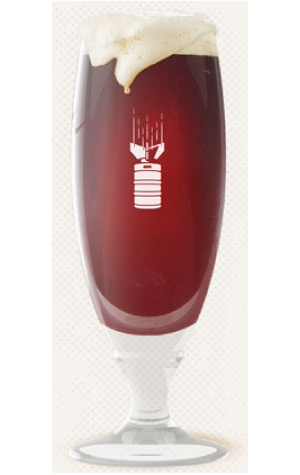 Let's face it, an oak aged strong ale isn't the sort of beer you'd expect to find on a brewery's core range lineup – even in today's landscape. And, truth be told, even the brewer of The Grandfather didn't expect it to become part of his core range either. Created as a nod to his time living and brewing in the UK, Lachy Crothers set out to create a rarely seen (even in England) English style old ale. To the uninitiated, these are typically high in alcohol, richly malt driven and come with a deep, yeast derived fruitiness too; here at Crafty Towers we don't think they're a million miles from a Belgian dubbel if that helps.

Here, they took things a step further so, as well as concocting a complex malt bill with six different malts they aged the beer on American Oak, perhaps as a nod to the days when such beers were more commonplace and steel vessels were yet to make an appearance. It adds a creaminess and vanilla character that enhances the hearty fortified nature of this gently warming beer. Apparently, they "always imagined enjoying this smooth, complex, malt driven ale while lying on an animal skin rug next to an open fire in the middle of winter" – it's up to you whether you want to imagine them doing so while drinking one yourself.