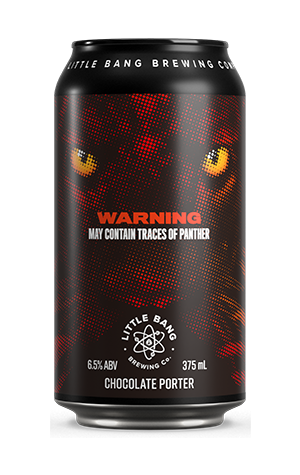 With a name inspired by Anchorman: The Legend Of Ron Burgundy, it's hard not to come at this beer with a smile. Unlike the cologne Sex Panther – and despite the name – this beer is not made with elements of real panther and neither is it illegal in nine countries. Instead, May Contain Traces of Panther is something of a hybrid, an English porter given a bit of a New World spin on the hop front.

Pouring brown with a slight amber hue, you'll find plenty to delight in this hearty 6.5 percent beer – even without an invite to the no pants party. There's coffee and chocolate on the nose, joined by dark chocolate and roasted malt characters to taste and a slightly bitter finish, and delivered with a finesse that impressed judges at the 2017 Royal Adelaide Beer & Cider Awards, where it picked up the Champion Porter trophy.