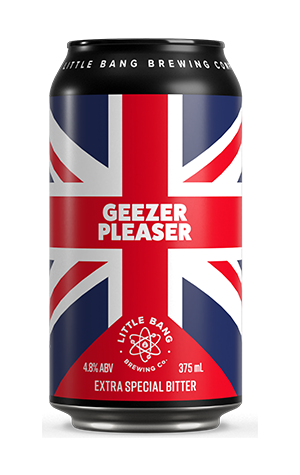 Walk into the Little Bang cellar door and eight taps greet your presence. To the left of those taps sits a hand pump, resting high on the bar. Yet, despite its permanence, it's rare you'll find a beer deemed worthy of pouring from it. In the past, it's been graced by a 12 percent imperial stout named Sludgebeast and a 10 percent barley wine name Galactopus; now, for autumn 2018, they're joined by a rather more traditional inhabitant of such tools: an ESB called Geezer Pleaser.

It pours a rich, slightly hazy mahogany and comes with a heavily malt driven aroma typical of the style, full of toffee and biscuit. The first mouthful is thick and syrupy, with caramel and toffee flavours the big hitters. There's some nuttiness shining through too, and a malty sweetness finishing things off.