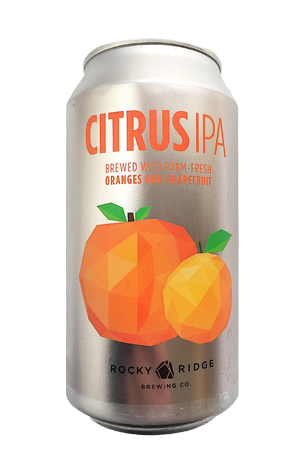 Citrus IPA returns for 2018 in a deceptively understated form. Juice and peel from oranges and grapefruit grown locally to the Rocky Ridge farm – “about six buckets” was the technical information supplied - were added to a base similar to the brewery's ACE Pale Ale. The citrus chicanery shows as fruity flavour and with pithy restraint rather than delivering any sticky, marmalade hoppiness.

The real subterfuge, however, lies with the near 7 percent ABV. Wherever that's been hidden, it's worthy of merit, although consuming a second or third can may lead to some questions that need answering. With Rocky Ridge's standard IPA retired for the moment, Citrus IPA bring a little sunshine to its late winter release schedule.

Available at good retailers across WA