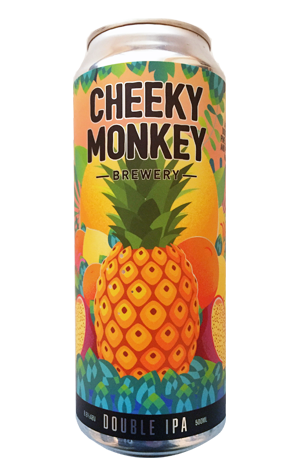 It appears that a growing number of Australian breweries have worked out that a large swathe of Australia shares a similar climate with Southern California rather than the Pacific Northwest. At least, that could be one explanation for a move towards lighter malt bills in big IPAs, with many dropping caramel malts entirely from such offerings. It's a move that improves drinkability as temperatures rise – even slightly – and also allows hop varieties to shine unencumbered.

Cheeky’s second annual DIPA returns remodelled inside and out - this year’s label, for example, is far more reflective of its contents. Sitting stylistically close to a San Diegan DIPA, it uses a variety of hops, including CTZ Resinate, Simcoe LupuLN2 powder, Citra, Ekuanot and Galaxy, which sounds rather like a time travelling hip hop clan. The effect is tropical mango, pineapple and passionfruit with an orangey citrus and pine undercurrent providing something of an anchor for the substantial booze.

Described by the brewery as a “Fun and vibrant Double IPA for Spring”, at 8.8 percent ABV this should warm drinkers from the inside as the rising mercury goes to work from the outside.

On tap & for takeaway at the brewery

And other good beer outlets across WA