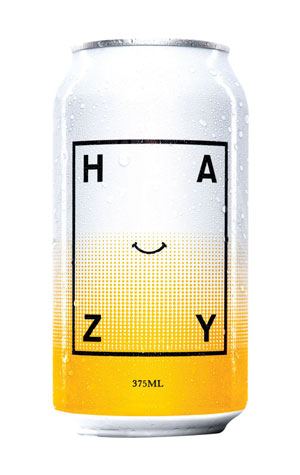 If it ain't broke, don't fix it... It's fair to say hop forward beers have done pretty well for Balter to date (gold medals, the odd trophy, back-to-back top spots in the GABS Hottest 100 Aussie Craft Beers and three hoppy beers in the top seven). So, when it comes to releasing a first nationwide limited release for 2019, it's back into hoppy territory that Scotty Hargrave and his team have headed.

In doing so, they've joined the merry masses going crazy for the hazy with the aptly named Hazy. And, while they're far from first to play in the arena created so successfully by brewers in New England, as you might expect, their submission is on point. It's got that sunset glow amid its hazy golden body, is bursting with juicy tropical and orange citrus aromas and lays down fruity hop flavours that keep on coming. There's a lick of bitterness underpinning proceedings too in a beer that passes the belch test with aplomb and will likely only embellish the Gold Coast brewery's credentials among fans of all things pale and hop-laden.

NB: Due to the beer's runaway popularity, it's now a core range beer in 375ml cans.