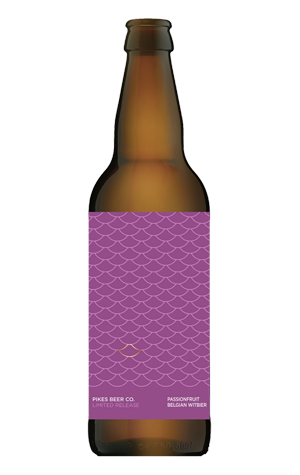 Pikes' second limited release for 2019 sticks to many of the themes of their first, adding fruit (and many other things) to a beer with roots in Europe. The Belgian witbier was inspired by the Hurricane cocktail and uses passionfruit pulp in generous quantities alongside Riverland-sourced orange and lemon zest, vanilla beans, cloves, nutmeg and cinnamon.

As is typical for the style, it pours a very pale and hazy yellow, with a solid, bright white and fluffy head and a quite sprightly carbonation. Aromas are dominated by yeast-derived esters alongside clove, a touch of orange citrus, with the passionfruit taking a back seat. There's plenty going on flavour wise, where the wheat meets a slight sweetness from the passionfruit and orange before the clove-led spiciness arrives. They work well together, and there's no hint of the six percent alcohol content either.