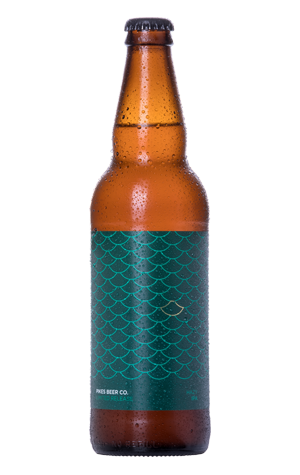 Keeping things moving with their fish scale-liveries limited release series, the Pikes team ventured into the land of the haze with this Hazy IPA. Sitting at 7.2 percent ABV, Pikes’ Hazy IPA gets its cloudiness and hoppy punch from two huge dry hop additions of Citra and Galaxy hops.

There's just a slight haze in a beer with a dark orange glow and frothy, big white bubbly head. Those hops lead the way with no malt aromas or flavours presenting themselves any more than is necessary to balance the full-on hop assault. Tropical fruits come to the fore, with passionfruit the most prevalent and pineapple, some orangey citrus and even a little papaya coming through. Flavour wise, the fruits mingle to create a fruit bowl effect, albeit one with a little spiciness at the end and a touch of boozy warmth.