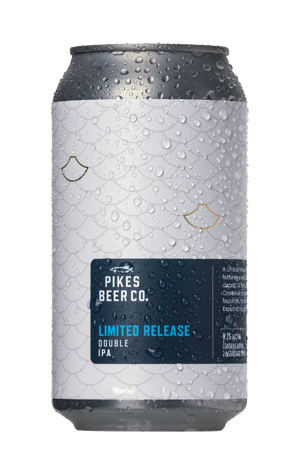 Pikes have been releasing their Double IPA for a few years now, describing it as "an ever-evolving beast", one that tends to receive a little nip and tuck with each fresh brew. So this batch, released in April 2021, may not be exactly the same as the one you pick up down the line, but should give you a ballpark idea of what they're striving for. And that's a DIPA which isn't going to leave the drinker wondering.

Pouring a deep copper, this is much more of the old school ilk than the fruit-bowl-and-bag-of-homegrown-in-a-blender IPAs so commonplace in 2021. The toffee biscuit malt character is as apparent early on as the hops, a blend of classic US varieties Chinook and Centennial with locals Vic Secret and Eclipse which hints at intense orange zest but mainly goes to work building a deep, resinous bitterness that digs in for the long-term. It makes for an undeniably bold beer for palates that enjoy a workout.